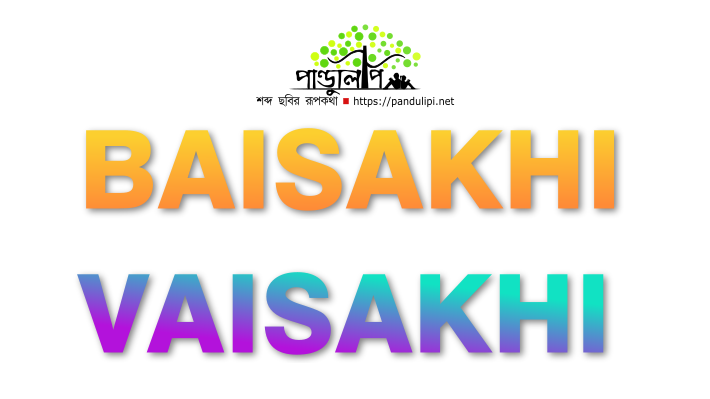 Baisakhi, also known as Vaisakhi, having been observed in the Punjab region for a long period of time, is a popular traditional harvest festival celebrated by Hindus and Sikhs.

Baisakhi, also known as Vaisakhi, having been observed in the Punjab region for a long period of time, is a popular traditional harvest festival celebrated by Hindus and Sikhs.
Vaisakhi or Baisakhi commemorates the inauguration of the Khalsa in the late 17th century, a term used for Sikhs who have been initiated or baptised.
This festival is celebrated predominantly in northern India but it is also observed around the world in countries including Malaysia, Canada and the UK.
It is a colorful event for Sikhs, who observe Vaisakhi by visiting their local Gurdwaras, a place of worship, prayers in Sikhism well decorated especially for this auspicious occasion.

During Vaisakhi, processions called Nagar Kirtan are led by five Khalsa.
The five individuals who lead the festive parades represent the Panj Pyare.
The colors are also symbolic of “joy and celebration”, which is why they’re worn by those observing the festival.

Also during this festival, Sikhs visit and bathe in rivers or lakes before visiting community fairs, local Gurdwaras and nagar kirtan processions are held, and people gather to socialize and share festive foods.

Generically Vaisakhi is traditionally observed on 13th or 14th April, every year . Interestingly the festival coincides with other new year festivals celebrated on the first day of Vaisakh in other regions of the Indian Subcontinent such as Bohag Bihu, Pohela Boishakh, Puthandu, Vishu among others .

This harvest festival is also characterized by the folk dance, Bhangra which is a harvest dance. Melas (fair) are organized several parts of Punjab, India to mark the new year and the harvesting season. Vaisakhi fairs take place in various places, including Kathua, Jammu City, Udhampur.

This is one of the best colorful event of India